Wanderlight:™ A Pilgrim’s Adventure is a groundbreaking online game for Catholic kids of all ages as well as those interested in learning about the Catholic faith. The game invites players to explore the four pillars of the Catholic Faith in an engaging and beautiful virtual world and venture out in their role as “the Pilgrim”—a faith-filled seeker on a quest to discover and experience core teachings of the faith while practicing how to “walk in the light” and live as a faithful disciple of Jesus Christ.

While walking along a glimmering Sparkle Path that is illuminated by a special lantern, the Pilgrim encounters many different people: people who need help, people who give directions, and people who give guidance—including saints! During each quest, the Pilgrim travels through towns and cities that are lively and bustling, each with a Catholic church that provides additional opportunities to learn about the sacraments and sacramentals. When the Pilgrim needs a rest, he or she can always retreat to his/her Prayer Tent to experience prayer or check his/her Tablet to see a record of gameplay.

Wanderlight: A Pilgrim’s Adventure is available in two versions: a leveled model for formal faith formation programs in Catholic schools or parishes and a full “all-levels” version for individual use. The school/parish version even has a built-in learner management system to note progress and help with guided instruction. This first-of-its-kind game can be played on computers and tablets. If you are ready to invite people of all ages into the faith in an entirely new way, then introduce them to Wanderlight: A Pilgrim’s Adventure where the Pilgrim can show them how our Catholic faith shines! 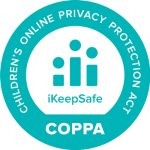